Last weekend The Bentley Boys had the pleasure of performing at the Jack and Jill Foundation Pigs on Parade Gala Ball and Live auction which was held at the Doubletree by Hilton, on Burlington Road, Dublin. The night was an outstanding success for both the reputable charity and irishweddingdiary.ie’s Wedding Entertainers of 2015 – if you haven’t guessed, that’s us, The Bentley Boys!

The idea behind the charity event was a simple one; to hide 100 artworks of decorated life-sized pigs around the streets of Dublin for locals and tourists alike to seek out, throughout the months of February and March. The pig-hunt, for want of a better description, would culminate with a charity auction Gala ball at the Doubletree hotel where those in attendance could bid for 20 specially selected pigs in a live auction. Any person can bid on, or sponsor, any of the other pigs by going to www.pigsonparade.ie. This novel and unique fund-raising technique is of course needed to maintain the Jack and Jill Foundation’s high level of home nursing care for some 300 sick children nationwide. 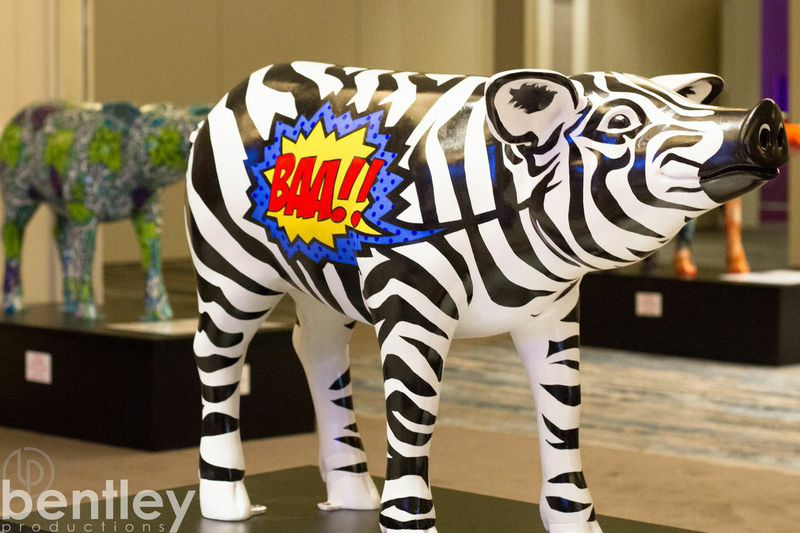 The hand designed pigs are genuine collectable works of art from some of Ireland’s leading artists. Our personal favourite is the ‘Del Boy’ designed pig of Only Fools and Horses fame. The detail in the design is quite unbelievable. The combination of the show’s famous yellow three-wheeled Reliant Regal and Del Boys instantly recognisable flat cap – even down to the burning cigar protruding from the mouth – is jaw-droppingly incredible! Sir David Jason himself would be proud of this pig-version of his TV character loved by millions. We are nearly tempted to see how much this design is going for if it hasn’t already been snapped up that is. 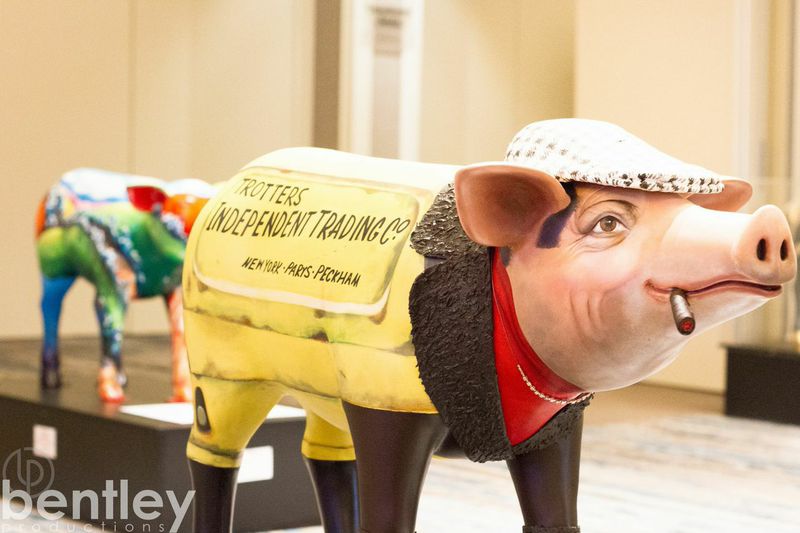 The evening started with a champagne reception and following that, a four-course meal was served in the stunning surroundings of the formerly named Burlington Hotel. Post-dinner, the auction began in earnest and was professionally MC’d by renowned horse auctioneer, Henry Beebs of Goffs. The bids came thick and fast for the beautifully designed works of art and plenty of fun was had by the hundred or so people in attendance.

Once the formalities were out of the way, the guys and I rocked the dancefloor all night playing everything from Johnny Cash to Bruno Mars, and back again. Our repertoire knows no bounds! After our live performance, we took to the decks and DJ’d till the wee hours, finishing the night off in spectacular style as only The Bentley Boys can. 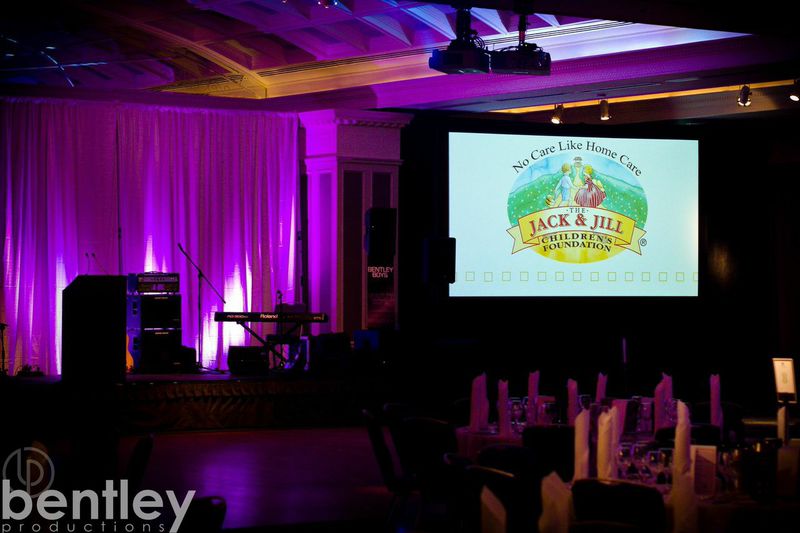 Remember folks, there are still a number of Pigs on Parade available to purchase or sponsor for another few days. It’s a more than worthy cause and you can follow their progress on Facebook or by using the hashtag #PigsOnParade on Twitter.