Today’s inspiration is drawn from all things Irish. As Ireland is known for many of the world’s greatest songwriters and musicians, we put together our pick of Irish wedding first dance songs. Our list is a mixture of classic love songs and modern hits from Irish artists.

Have a browse through our collection of unique wedding first dance songs, and let us know what will you dancing to on your big day!

Snow Patrol’s hit ‘Chasing Cars’, a popular first dance song over the years, burst onto the scene in early 2000’s with their major label debut album, Final Straw. In the song, lead singer Gary Lightbody sings a plain melody over sparse guitars, with an ever-building crescendo. Fun Fact: The name of the song ‘Chasing Cars’ originated from Gary Lightbody’s father. When Gary was smitten with a girl his father told him, “You’re like a dog chasing a car. You’ll never catch it and you just wouldn’t know what to do with it if you did.”

Dubliner Imelda May wrote this song about the first time she moved to London with her husband. The song is about struggling, but sticking together, “There are wrongs for every right, there’s ups & there’s downs, but you’re the one for all my life” rings clear with this sentiment.

Van Morrison – Have I Told You Lately

Hailing from Belfast, it was inevitable this Grammy award winning singer & songwriter would appear on our list. Van Morrison is responsible for many love songs but it’s ‘Have I Told you Lately’ that made our list. It’s romantic lyrics make it a popular first dance choice.

All I Want is You has been a popular first dance songs for years now. The final song on U2’s 1988 album, Rattle and Rum, the poetic and symbolic lyrics describes the protagonist’s desire for true, unconditional love. The song may be bitter in some parts (“all the promises that we break”), but as the protagonist repeats the line “all I want is you” over and over, isn’t that simply what marriage is all about?

The Fureys – When you were Sweet Sixteen

This song works particularly well for teenage sweethearts.  Although The Fureys didn’t originally write this song (James Thorton in 1898), the song rose to prominence after they decided to play it at a show in 1980. After releasing the song in 1981, it was immediate success and gave the band their first major hit. In The Furey’s cover, what makes it magical is Finbar Furey’s vocal and the wonderful banjo.

The Book of Love – Gavin James

American group The Magnetic Fields originally wrote this song, but it’s Dubliner Gavin James’s 2014 cover which has made it onto our list. Although we love Peter Gabriel’s version, it’s slow tempo makes is slightly more difficult to work with for a first dance. This sweet song is sure to bring a tear to your guests’ eyes. If this song sounds familiar, you may recognise it from the final episode of Scrubs!

Thin Lizzy’s hit ‘My Sarah’ is an upbeat song choice. Teensy issue with this song choice: if one of the couple is not named Sarah, it doesn’t make much sense! But if you or your partner is named Sarah, carry on! This upbeat song is ideal if you’re looking for something a bit faster and fun.

Yes, another Van Morrison song! There are just too many first dance options from Van the Man, impossbile to choose just one. This rather poetic song is about a love which makes the bad times good, and the good times that bit better. All together now, aaaaaaah!

When Paul Weller was asked what song he wish he had written in the past 20 years, he chose Galileo by Declan O’Rourke. It’s clear to see why. This love song is written from the perspective of someone like a scientist; someone who likes to know how things work, have everything in it’s place and is constantly questioning. The song is about that moment you meet that special someone and can’t help but feel ‘How did I get this lucky?’.

Since bursting onto the scene in 2012, Kodaline have gone on to gain international fame. Their music has taken over the airwaves and appeared on various soundtracks including The Fault in our Stars and Grey’s Anatomy.  ‘The One’ has become the first dance hit of 2015! The song talks of a love fulfilled, the protagonist claiming that his/her partner is the one for him/her, they make everything in the world right, even when things are crashing down.

Do you, take the Bentley Boys, to be your Wedding Band, to entertain and delight, to make sure your guests stay on their feet all night, until dancing to death do us part?

More from The Bentley Boys 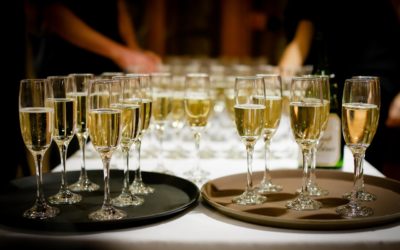 How to Set the Mood for a Drinks Reception

END_OF_DOCUMENT_TOKEN_TO_BE_REPLACED

Ways to add music to your wedding day

Why music is one of the important aspects of your big day to consider. ‘Music, at its essence, is what gives us memories. And the longer a song has existed in our lives, the more memories we have of it.’ - Stevie Wonder. Stevie knows what he’s talking about. ...

END_OF_DOCUMENT_TOKEN_TO_BE_REPLACED 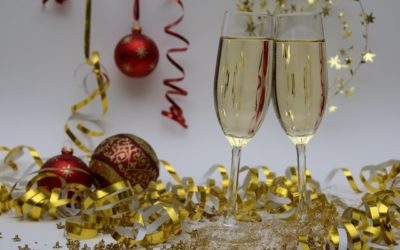 Christmas Parties 2019: The Office Party is key to employee happiness

Christmas Parties 2019 The office Christmas party is more than just a well-earned opportunity to let your hair down. A good old Christmas party is an excellent way to boost positive vibes among a workforce. Here’s why we believe you should round up the troops and...